Showing posts from June, 2020
Show all

Failure Is Not An Option

It’s happened to all of us at least one time, and for many of us, many times.  Failure.   That dreaded word that sinks the hearts of most artists like the Titanic going down in icy waters.  Failure.   But is it ever as bad as we feel it is? It's difficult to get any sort of perspective on it when you are in the middle of it, with emotions raw and jagged. But often failures (or what we at least perceive to be failures), can lead to other things, better things. Sometimes we end up in a dead end but can't see it, or maybe we’ve overstayed our welcome, and can't see that, so what we think is a failure, is merely a way out of a bad situation that we either didn't see, or didn't want to see. I’ve had my share. As a musician, I’ve been fired from various bands for dubious reasons. One band told me they were changing drummers because I had ‘bad time,’ which was just an excuse, because my time is fine. Another time I came home to find all my gear dumped on my fro
Post a Comment
Read more

Finding Your Own Spirit 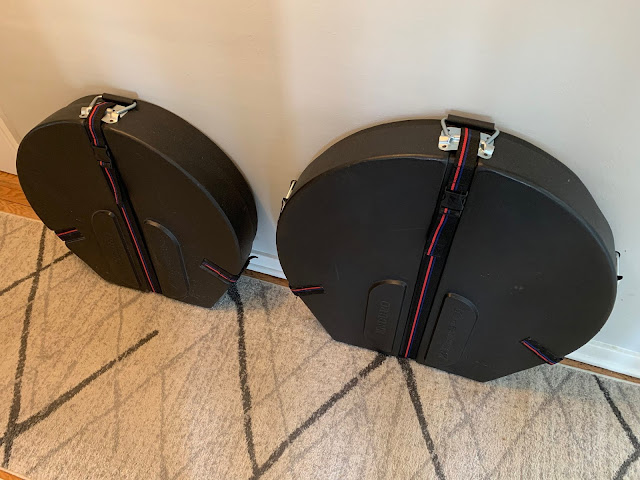 I started writing this post back on April 8th when the whole quarantine/virus thing was still relatively fresh. It's now June16th and it's been 13 weeks (or 93 days) since I last played in public. Much has happened since then, but nothing has really changed. If you are a performing artist of any discipline, there is still the possibility of not being able to perform until sometime in 2021. While some things have opened, and I know of some people once again performing in public, it is the exception rather than the rule. To me, it all comes down to 2 things: 1) What is your health risk if you perform out in public? This is a very important question to ask. I imagine if you are in dire need of money to pay rent and bills, that you will be willing to take more risks in order to make some money. 2) Will it be financially viable to perform for what will be a smaller audience. With social distancing, performance venues will only be able to have perhaps ⅓ of the normal amount of
Post a Comment
Read more

You might be asking yourself (or maybe not), “We're in this quarantine and Michael isn't gigging, so why haven't there been any blog posts? He's got plenty of time to write something.”  That's a legitimate question. All 3 of my blogs have been sitting quietly for a bit, while so many other people have jumped into producing blogs, podcasts, and general video mayhem. The internet's bandwidth is choked with everyone going online, because they can't do anything live. So what have I been doing? Well, I did make 1 YouTube video, more as an experiment than anything. I've slowly been rebuilding my home studio after having gear sitting in boxes for months because I was always gone off somewhere gigging. I'm planning on doing more videos and some teaching online soon. Right, here's my latest video. I was improvising  with new instruments and some electronics. Another aspect of this is that by letting everyone else jump into producing things fo
Post a Comment
Read more
More posts